Volunteer engagement is a critical component in helping nonprofit organizations deliver on their mission. Team Giving’s hands-on approach to volunteerism addresses local community needs while building partnerships between nonprofits, businesses, service clubs and individuals. We reduce the burden on nonprofits by connecting them with volunteers to meet their specific programming needs while providing community members with a simple, meaningful way to give their time and talents.

Since opening in 2016, Team Giving has made a tremendous impact in the greater Sacramento region: They are hoping to achieve even greater impact in 2018 and Five Star Restoration is proud to be a supporter in reaching out to our community.

Since 1980, the Make-A-Wish Foundation® has enriched the lives of children with life-threatening medical conditions through its wish-granting work. The Foundation’s mission reflects the life-changing impact that a Make-A-Wish® experience has on children, families, referral sources, donors, sponsors and entire communities. The Make-A-Wish Foundation was founded in 1980 after a little boy named Chris Greicius realized his heartfelt wish to become a police officer. Since its humble beginnings, the organization has blossomed into a worldwide phenomenon, reaching more than 250,000 children around the world. 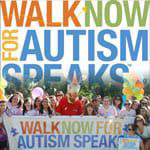 Autism Speaks was founded in February 2005 by Bob and Suzanne Wright, grandparents of a child with autism. Their longtime friend Bernie Marcus donated $25 million to help financially launch the organization. Since then, Autism Speaks has grown into the nation’s largest autism science and advocacy organization, dedicated to funding research into the causes, prevention, treatments and a cure for autism; increasing awareness of autism spectrum disorders; and advocating for the needs of individuals with autism and their families. Five Star Restoration & Construction, Inc. is proud to be a supporter of this organization. 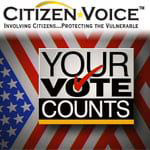 Government at its historic best is “by the people for the people.” Unfortunately, government today is viewed instead as a game played by people simply promoting their own self-interests. The result is ever-increasing citizen distrust, made worse by bitter partisan conflicts. Negative perceptions and voices prevail.

The challenge to citizen involvement is that disillusionment and discouragement grow. Many want to help but do not know how. Others do not think they have enough time to be effectively involved. Still others become so frustrated by “the system,” they believe they cannot make a significant impact. The reality is that those without a strong voice – the most vulnerable of us – suffer most. These include the very young, the very old, the abused, the impoverished, the disabled, the victims of disaster and many others who often have no public voices and have great difficulty protecting themselves.

The vulnerable among us also include the other created components of our world – animals, plants, air, land and water – that likewise have no voice of their own. Unless others act courageously on their behalf, the weak and the silent are left alone in dire circumstances. It’s time to throw destructive divisiveness aside in favor of collective honor and integrity. It is time for new and timeless voices to emerge – honorable, wise, compassionate and courageous “citizen voices.” 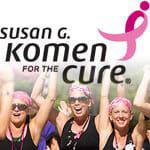